To avoid possible damages of running the actual robots to test new algorithms, such as new path planners, a soccer simulator is developed. The simulator uses internal physic-based robot model described here. The Newton Dynamics physics engine is used because of its deterministic calculations. 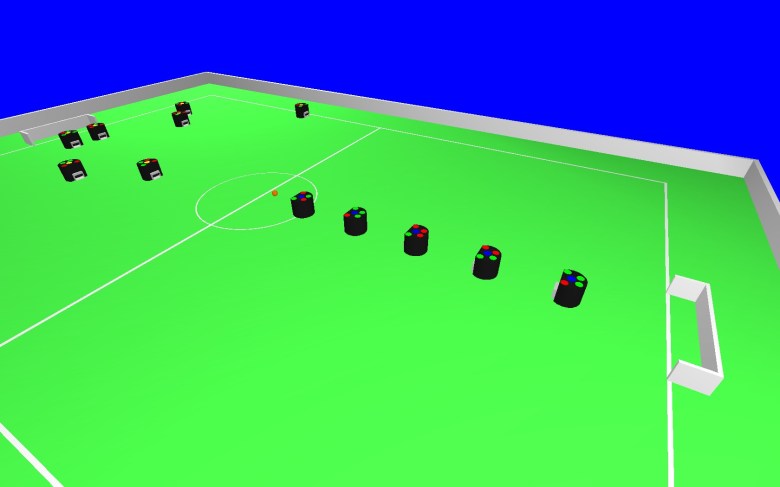 For both vision data, and robot command data, the noise is simulated using white noise pattern, and the noise amount can be changed to test algorithms in different environmental situations.

This way the same filtering and fusion can be used in both real robot and simulation cases.